The Junior Players is a theatre school for grades 6 through 12 which rents the Paragon Theatre for classes, rehearsals and performances. For more information, contact program director Roger Harrison at info@bigpicturetheatre.ca, or visit www.bigpicturetheatre.ca.

Students receive instruction in voice, improv, script comprehension, interaction and general theatre skills and knowledge. It’s a great way to develop acting skills, but it’s so much more than that!  It builds confidence, imagination, social skills and self-awareness through fun interaction.  As a result, students are more confident and poised in situations such as public speaking, debating – and, of course, acting.

Since 2013 the group has been on field trips to the Northern Alberta Jubilee Auditorium, the Citadel, the Winspear and Festival Place, deriving inspiration from being in a bigger venue with modern lighting and sound, and seeing a few tricks of the trade on a backstage tour.

Students have come from as far afield as Wainwright and Sherwood Park for this special and unique program.

The end-of-season Showcase is a two-part night of entertainment. The first half is improv games and theatre sports, and after the intermission there’s a play.

Program director Roger Harrison runs the entire program himself. He creates the curriculum including many of the acting and improv games, writes the scripts, produces and directs the shows, builds the sets, organizes the group’s outings and tours, and does everything necessary to make the program happen, volunteering approximately 300 hours a year.

He has worked in the music, film and television industry and works with a defense contractor directing civilian interaction with military personnel in the battlespace for military training exercises. 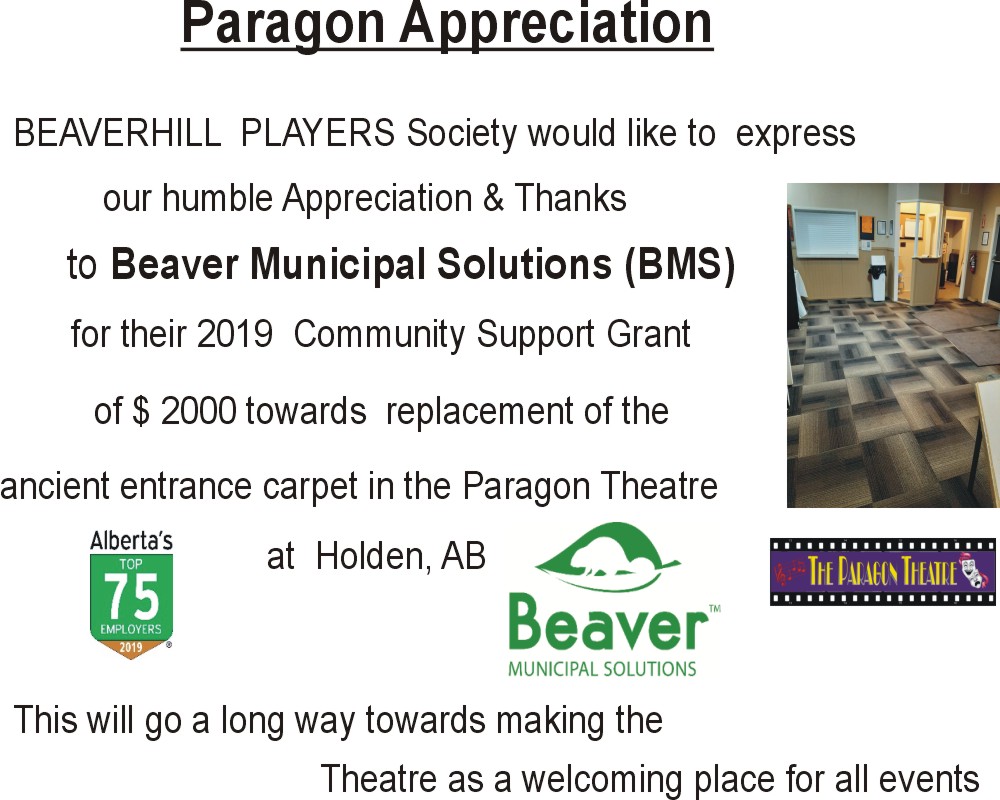